This bird was photographed in North America, and it’s not some exotic vagrant.

Strikingly patterned, but what is it? 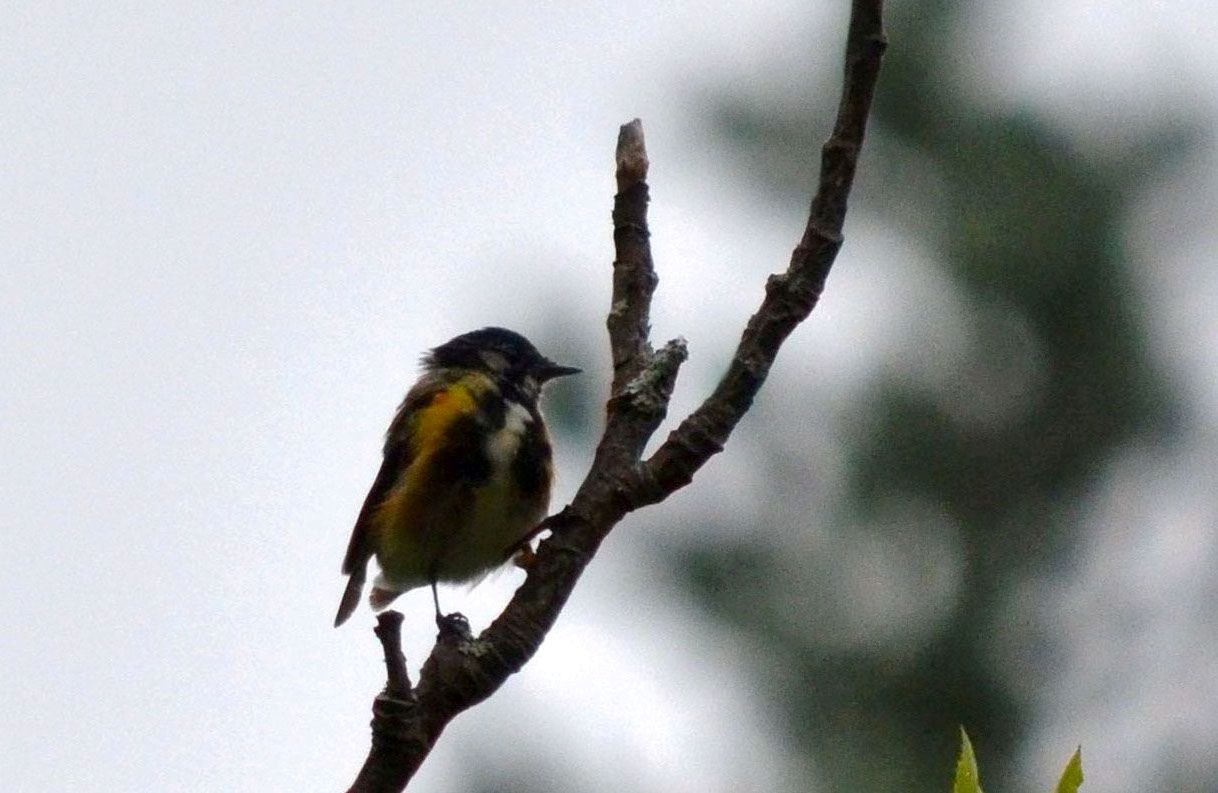 What species is this?
Question 1 Explanation:
Here is another photo from the side (click to enlarge): 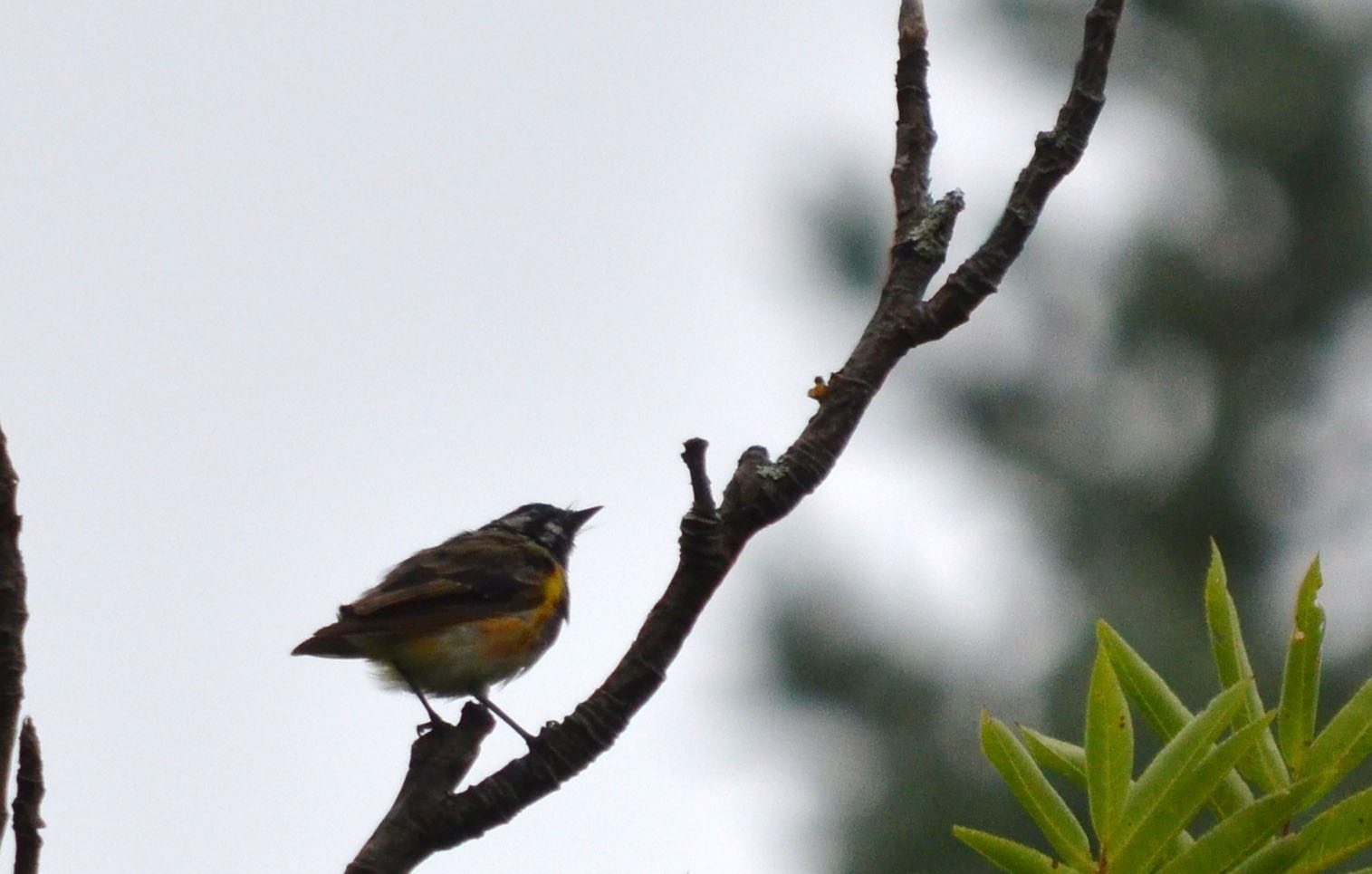 Photos by Len Bogarad, used by permission. This bird was photographed Jul 15, 2012, on Campobello Island, NB.

I confess that when I first looked at these photos I was convinced this must be a hybrid. It wasn't until about 24 hours later that the idea of American Redstart came to me. Everything fits a one-year-old male Redstart in transition from the brown-backed, yellow-sided immature male plumage to the black and orange adult male plumage.

If it had even a single tail feather the ID would be obvious, but it's a great example of the kinds of challenges that crop up this time of year while birds are molting.