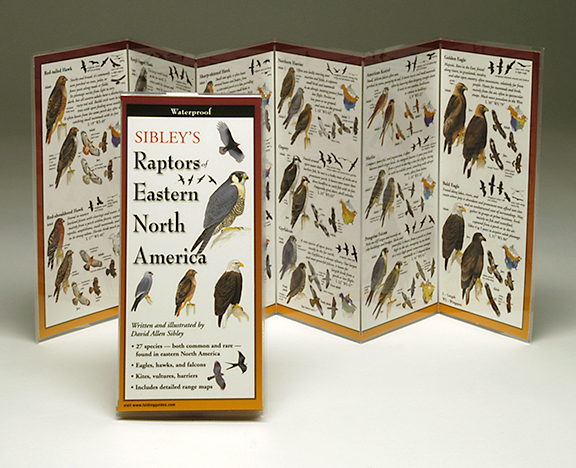 The guides are laminated and waterproof, 4 by 9 inches with six panels. The five regional titles cover about 70 species of the most frequently-seen landbirds in each region, with illustrations and a short description of key features. Three other guides cover distinctive groups of birds – hawks, owls, and waterfowl.

Sibley’s Backyard Birds of the Southeast