The Eastern and Western subspecies of Willet are often mentioned as likely candidates for splitting into two species. They differ in size, proportions, details of plumage, migration pattern, and have no overlap in breeding range and very little in winter range. There is a lot of good information in print about how to identify them visually, but very little about how to distinguish them by sound.

The sonagrams below compare the territorial display songs of Western (upper) and Eastern (lower). Differences are obvious in the sonagram and can easily be heard in the recordings linked below.

The song of Western is longer overall, and a little lower-pitched. The difference that is easiest to hear seems to be the length of the “will” phrase in the middle of the song. In Western birds this is much longer, easily determined to be the longest single phrase of the song, while in Eastern birds this phrase is slightly shorter than the final “willet” phrase.

Of course, the only place you are likely to hear these sounds is on the breeding grounds, where the two are easily and reliably identified by range, but it does add more weight to the idea that these are two species. 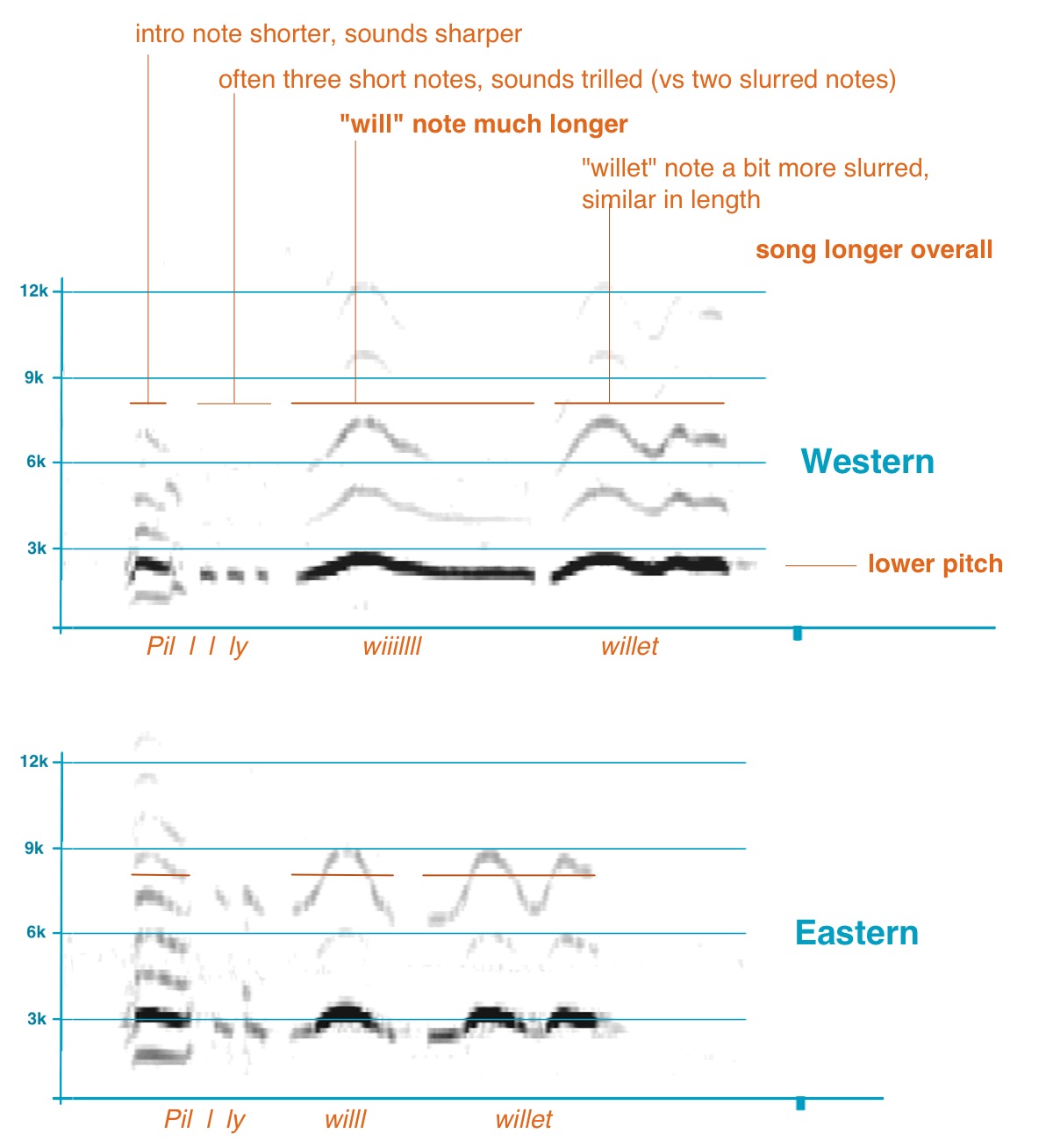