This image is for sale in an auction here

Identification of downy young sandpipers can be a real challenge in the arctic, where multiple species occur, but I saw and sketched this one on Great Gull Island, New York, last weekend. At that latitude only a few other species are possible, and most are easily eliminated by bill shape (e.g. Piping Plover) or habitat (e.g. American Woodcock). 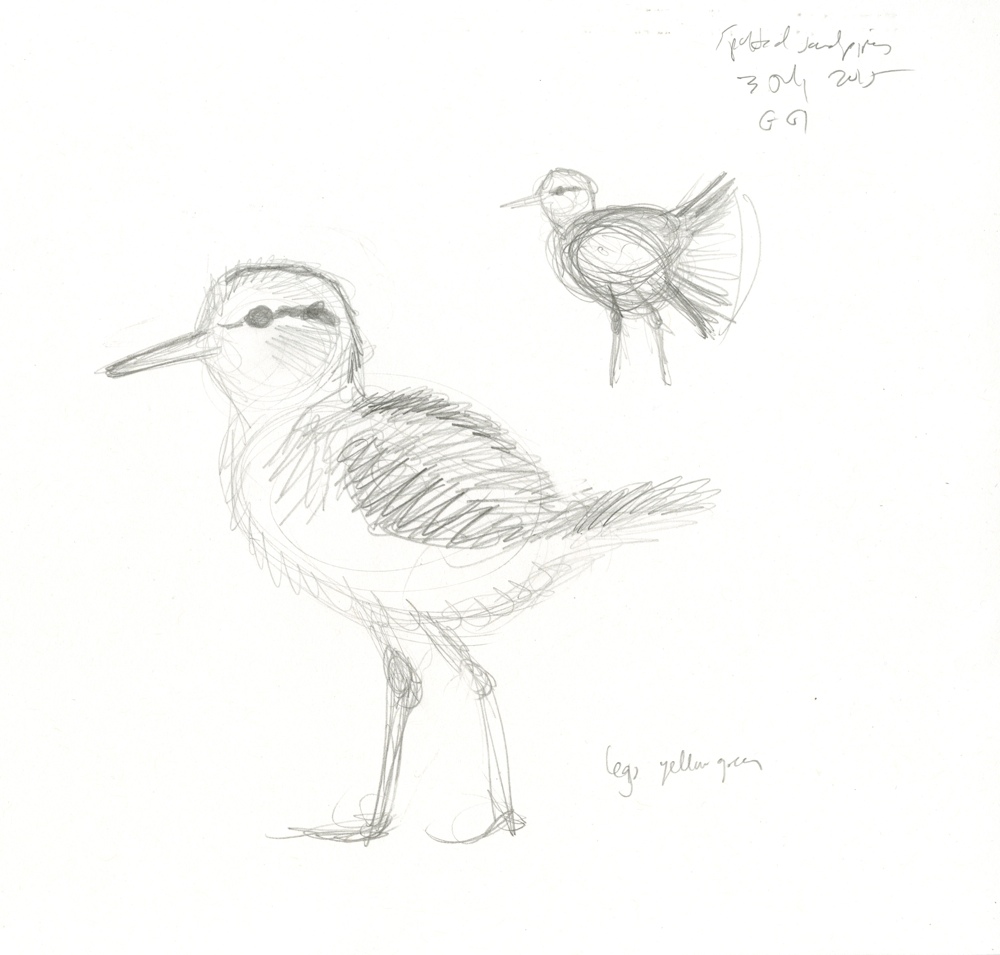 If there was any doubt about the identity of this youngster it was quickly dispelled by the way it was acting. Young Spotted Sandpipers are even more committed tail waggers than the adults, and they have an oddly long and conspicuous downy tail that helps to exaggerate the already extreme motion.